Hollyoaks: In The City

Edit
watch 01:40
Boba Fett Returns - The Loop
Do you like this video?
Play Sound

Hollyoaks: In the City was a spin-off of Hollyoaks that aired from August to December 2006, created and produced by Daran Little. A total of 20 episodes were transmitted, airing on E4. The series was also somewhat of a successor to the 2005 spin-off series, Hollyoaks: Let Loose.

After returning from a holiday in Sri Lanka, Ben Davies and Lisa Hunter attempt to make it on their own as they move into an apartment in Liverpool with Ben's friend, Tank Top, and his roommate, Adam Tyler.

Lisa is hired by a modelling agency, whilst Ben begins to work for Lisa's employer, Burton Phillips. However, as Lisa attempts to find success, she finds herself in a dark world upon meeting Stella Grey. Ben also finds himself in the dark world of Burton, following the murder of Kay Price. And when faced by the charms of Polly Clarke, Ben gives into his feelings and jeoparadises his relationship with Lisa.

Adam struggles with his sexuality as he finds himself slightly attracted to student Josh Jones (who is infatuated with him), but is also attracted to his future wife, Millie Andrews. 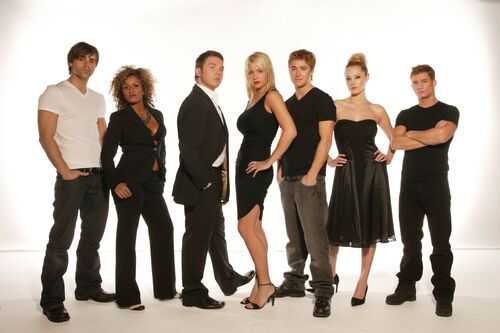 Many former and future stars also appeared in the programme. This includes Effie Woods (Emmerdale), Denise Welch, Margi Clarke, Kym Marsh, Oliver Mellor and Debbie Rush (Coronation Street), as well as Paula Wolfenden who would later appear in Hollyoaks in the recurring role of Trish Minniver.

A second season was planned for the series, but it was announced on 16th November 2006 that the series had been cancelled by Channel 4 due to low viewing figures.

Community content is available under CC-BY-SA unless otherwise noted.
Advertisement